Intellectual property (IP) refers to patents, copyrights, and trademarks. IP rights make commodities of knowledge goods so that they can be bought, sold, withheld, utilized, or licensed. Once an arcane and technical topic, intellectual property has become an important focus of contesting in international relations and a subject of heated scholarly discourse.    Technological change, including the digital revolution, economic globalization, and the emergence of a knowledge- and services-based economy, has led rights holders to press for greater regulatory harmonization and higher standards of protection worldwide.

While the majority of people regard intellectual property as beneficial for protection of inventors and necessary for promoting further research, Peter Drahos  in his book “Information Feudalism: Who Owns the Knowledge Economy” argues that patents are being used to lock up vital information in elite ownership.   “Information feudalism is a regime of property rights that is not economically efficient, and does not get the balance right between rewarding innovation and diffusing it. Like feudalism, it rewards guilds instead of inventive individual citizens. It makes democratic citizens trespassers on knowledge that should be the common heritage of humankind, their educational birthright. Ironically, information feudalism, by dismantling the publicness of knowledge, will eventually rob the knowledge economy of much of its productivity (p. 219).”

Drahos and Braithwaite emphasize that the title Information Feudalism is not intended to be taken at face value by literal-minded readers, and crudely equated with medieval feudalism. Rather, the title serves as a suggestive metaphor. It designates the transfer of knowledge from the intellectual commons to private corporation under the regime of intellectual property.

What are the consequences for the ownership and secreting of important findings in genetic engineering science, biotechnology, cancer / AIDS research etc.?   When watching a video on YouTube “Cancer- The Forbidden Cures”, one might wonder why despite billions of dollars spent on finding cancer cure in the last century, cancer research is still in the same position as it was at the beginning of the 20th century.   It is still the most vicious killer of human race with the only treatment legally approved for cancer in the western world being surgery, radiation and chemotherapy.   While Rene Cassie had proven to cure thousands of cancer patients in the 1940s and 1950s, and the President Kennedy’s personal doctor appealing to the FDA to approve her formula for the nationwide cure, big pharma companies blocked the FDA from passing that regulation.  They are still selling ineffective chemotherapy drugs at as much as $7000 a bottle and making trillions on “curing” cancer patients. 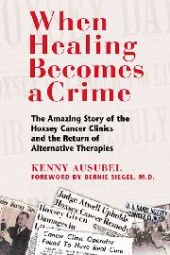 Even though the treatment under the same name that R. Cassie invented (Essiac) is currently available for sale, it is very doubtful that the formula she used to treat and cure her cancer patients for free is the same formula that they use to make Essiac today.

The most tragic part is that the government influenced by giant corporations and the world banks is used to fully regulate education system and medical care.  The conventional cancer treatment therapy (the only treatment legally approved to practice in the US) consisting of surgery, radiation and chemotherapy are invasive, often ineffective and in fact carcinogenic!

Manuel Castells echoes Peter Drahos in stating that true power is in the hands of those who own and control information.   When important research achievements in the areas of agriculture, public health, climate change, energy, space exploration and digital technology are held in the hands of the ruling elite, we as human race are facing “information feudalism” or the state of serfdom and slavery to those who choose to withhold this information from public knowledge and to stall the progress in improving public health and well-being.

2 thoughts on “Intellectual Property Issues – When Healing Becomes a Crime”

Art at the Service of Humanity